The roots of what are commonly called “Neo-Pagan religions,” and really ought to be called simply “Pagan” religions, are lost in the mists of time. Archaeological evidence suggests that some sort of systematic religious practice was prevalent in the Neolithic ages. By the Bronze age, humankind had developed organized pantheons of Deities and conducted rather sophisticated religious rituals. Beyond that, we know very little from empirical evidence. We can know a great deal, however, if we learn to tap into the vast resources of the personal and collective unconscious.

If Milton Erickson was right, we all “know more than we know that we know.” If C. G. Jung was right, then the roots of the Old Religion lie dormant and buried deep within the Psyche of every human being, waiting only to be discovered through myth, dreams and mystic experience. According to Jung, William James and others, psychological experience is difficult, if not impossible, to separate from religious or spiritual experience. It is a process of self-development and self-discovery.

Many people today in the Western “civilized” world have concluded that the organized religions of the dominant socio-religious culture inhibit or even forbid this instinctual urge of human beings to seek genuine internal and external religious experiences. Many have turned to the so-called Neo-pagan religions in an attempt to rediscover the lost roots of their individual spirituality.

Neo-Pagan religions are modern reconstructions of what the adherents believe to be the ancient, pre-Christian Neolithic religions practiced in Classical and tribal Europe, and the Near and Middle East. Some groups claim “underground” roots to their particular practices that can allegedly be traced back thousands of years. They claim that their pre-Christian religion survived in the West as an organized body of dogma, ritual and practice through some secret family or fraternal vehicle, and came to us unscathed by the Christianization of the West or the evolution of society in general. Much of what some claim to know today about specific religious form and practices of the Old Religions is hardly more than speculation and conjecture. While we will not dispute these claims, there has been no evidence produced to date to substantiate them.

Nevertheless, many thousands of people today are abandoning the rigid orthodoxy of the newer Judeo-Christian religions (including Islam) because they find them devoid of genuine spiritual experience. Those closest to their roots are returning to the tribal religions of Africa, Australia and the Americas, or the Eastern spiritual paths of Asia. Most of those involved in the so-called New Religious Movements have no definitive roots to which they can return, and most acknowledge that fact.

In the United States, we are the proverbial “melting pot.” With the exception of recent immigrants (one or two generations removed at best), most of our family and ancestral traditions have blended into the American culture with all of its variants. Even in Europe, through a combination of centuries of oppression, migrations and normal social evolution, most people have really lost touch with the traditions and practices of their ancestral tribes and clans. We do know, however, that our pre-Christian ancestors had rich and meaningful spiritual and religious traditions that were followed as they evolved over untold centuries. We do know that vestiges of older religious practices survived into contemporary Western society through folkways, myths and cultural superstitions.

The neo-Pagan religions are an attempt to recover the tribal heritages of North and Western Europe through the reconstruction of religious practices built around archeological evidence and the esoteric clues contained in our myths and legends.

The Clergy and Kindred of the Sacred Well Congregation have chosen Wicca, one of these Neo-Pagan religions, as their personal path of spiritual growth and development. Wicca is probably the largest and most diverse of all of the Neo-Pagan religions. No accurate figures are available, but some estimates place the number of people who claim to be Wiccan at well over two million. There are covens, circles, study groups and individual practitioners (solitaries) in North America, Europe and Australia, and many other parts of the world.

There are probably as many “traditions” within Wicca as there are denominations within Christianity. The tenets, practices and politics vary as much among the Wiccan traditions as they do among the Christian denominations. Though self-styled “experts” both within the Wiccan community and without have attempted to conclusively define Wicca as a religious practice (either productive or destructive depending on the bias of the “expert”), all such attempts have only confused the issues.

Historically, in Europe and North America, the term Witchcraft has been used to refer to two distinct and often mutually exclusive religious practices:

Part of this confusion is self-inflicted as many Wiccans identify with the victims of the genocide during the Witch burning times of the late Middle Ages and Renaissance. We call ourselves “Witches,” organize into covens and celebrate Sabbats and Esbats. During the period of the medieval witch hysteria, witches were accused of worshipping Satan and selling their souls to him; they were accused of bringing plagues and destruction to peasants and kings alike, and every other diabolical activity that the Inquisitors could invent. Of course our concept of “witch” is totally different than that of the popular concept of the gothic Satanic witch of the Middle Ages. And as practitioners of the religion of Wicca, our concept of “witch” is totally different from the generally held concept of society today. The New Age sections in bookstores are full of “authoritative” works on Wicca, witches and witchcraft. Some of it actually is authoritative; most isn’t. Most of it is poorly researched (if researched at all), and usually alludes to some arcane, privately-held knowledge or practice. Some of even the more popular “modern” works actually draw on Kramer and Sprenger in the Malleus Maleficarum and other references of Gothic Satanism as to what witches should and should not do, and what they should be capable of doing.

Wicca, as practiced today, is a reconstruction of ancient Pagan religions of Northern and Western Europe, with no reservations about drawing on source material of other times and other cultures. Modern Wicca or “Witchcraft” can be directly traced back to the writings of Margaret Murray, a cultural anthropologist, who authored The Witch Cult in Western Europe and The God of the Witches earlier this century. These books promoted the concept that some of the “witches” who were victims of the so-called “Burning Times” (circa 1450-1792) were remnants of an earlier religion that was practiced in Europe before the takeover of Christianity. Dr. Vivianne Crowley observes that Murray was not the first scholar to conclude that witchcraft of medieval Europe was probably the last remaining traces of pre-Christian paganism in Europe. Professor Karl Jarcke of the University of Berlin studied the transcripts of a seventeenth century witch trial and hypothesized that the witchcraft alleged in the trial was probably the remnants of a nature religion practiced in the area long before the advent of Christianity. French historians Josef Mone and Jules Michelet reached similar conclusions from their research (Crowley, 1994, p.100). Nevertheless, Murray’s work was and remains the most accessible to the English-speaking world, and no doubt had a great influence on the development of modern Wicca. Gerald B. Gardner, a retired British civil servant, is recognized alternatively either as the author of Wica (Wicca) in total, or as having orchestrated it’s “revival.” Various “authorities” have heated arguments over this point. Some even claim that Gardner was commissioned by Aleister Crowley to create a socially acceptable religious gloss for Crowley’s own concepts of “High Magick”. There is some evidence to suggest that Gardner and Crowley were acquainted with each other, and perhaps even collaborated on some work together. There is no conclusive evidence to substantiate the claim that modern Wicca is a rebellious “step-child” of either the Ordo Templi Orientis (OTO) or its off-shoot, the Gnostic Church. Gardner, according to his own account, was initiated into an “old Coven” in the New Forest area in Southern England in 1939.

In 1949, Gardner published a novel entitled High Magic’s Aid. This book purported to be a reasonably accurate account of Witchcraft in fictionalized form. In 1951, the last remaining laws against witchcraft were repealed in England. In 1954, Gardner wrote Witchcraft Today in which he allegedly made public some of the “secret” beliefs and practices of the “Old Religion.” His last work published in the late Fifties was The Meaning of Witchcraft and purportedly described the history of Wicca in Northern Europe. This book included many rituals and symbols of “Witchcraft” as Gardner defined it at that time. He was honest enough to admit that he was compelled to “fill in the blanks” of much of what had been lost of the Old Religion over the ages. He drew elements and concepts from ceremonial magic, the Golden Dawn, Freemasonry, and Eastern Religions and philosophy. Much of the material in older Gardnerian “books of shadows” was formulated by Gardner and one of his close associates, Doreen Valiente. For an in-depth treatise on the development of Gardnerian Wicca, see Religion Without Beliefs by Fred Lamond. The “Gardnerian Tradition” is the oldest formal tradition of Wicca.

Post Gardner, Wicca evolved in several and sometimes contradictory directions. Dr. Raymond Buckland and his wife brought “organized” Wicca to the United States in 1963, and trained and initiated dozens of people in the Gardnerian Tradition. Whenever a new fad or novel concept is born, Americans tend to either apply their own innovations with abandon, or to embrace them as rigid dogma. And so was the fate of British Traditional Wicca (as it was known at the time) once it reached American shores. Some of the individuals and covens trained by the Bucklands canonized the “Book of Shadows” and so zealously conformed to the “letter of the law” so much so that it causes the “Old School” of Gardnerians in Europe to pause and take notice. Others went in more liberal ways and from them other traditions evolved, notably the original American versions of the Faerie and later the Elven Traditions. Buckland himself modified Gardnerian practice to suit his own convictions, and later founded other traditions of his own. Nonetheless, it was Buckland who was the primary catalyst in the growth and development of Wicca in the United States. He is also a prolific writer and is regarded as one of the more reliable sources on modern Wicca.

Another key player in the “revival” appeared in the early 1960s. Alex Sanders, and his then wife Maxine Morris, founded the “Alexandrian” tradition. Sanders first claimed to have been initiated by his grandmother in a “family tradition”. According to Maxine he was much amazed at learning of Gerald Gardner and sought contact with Gardnerians from whom he borrowed liberally. The Alexandrian Tradition uses the Gardnerian as the basic foundation and incorporated more theatrics and ceremonial magic. The Alexandrian Tradition was strong in Europe, particularly on the Continent, but did not take root in the US until the mid to late 1960s. Then it, as the Gardnerian Tradition before it had done, also underwent changes and innovations.

The key element in all of this is to realize that there is no “absolute” orthodoxy nor national or international hierarchical structure in the Wiccan religion per se. We have no pope, prelate or president. Each individual practitioner and each coven is largely autonomous, and is not responsible to any organization outside of the local group, or it’s own association of groups or covens. 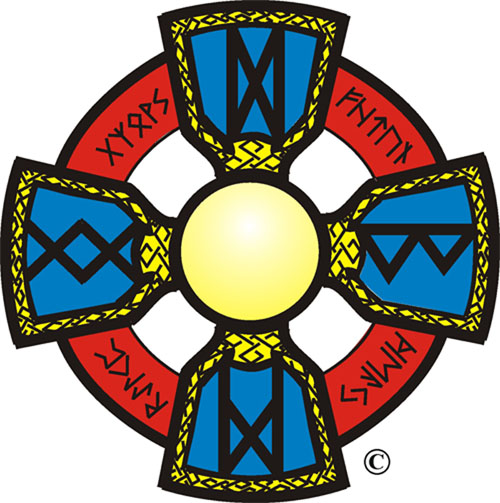 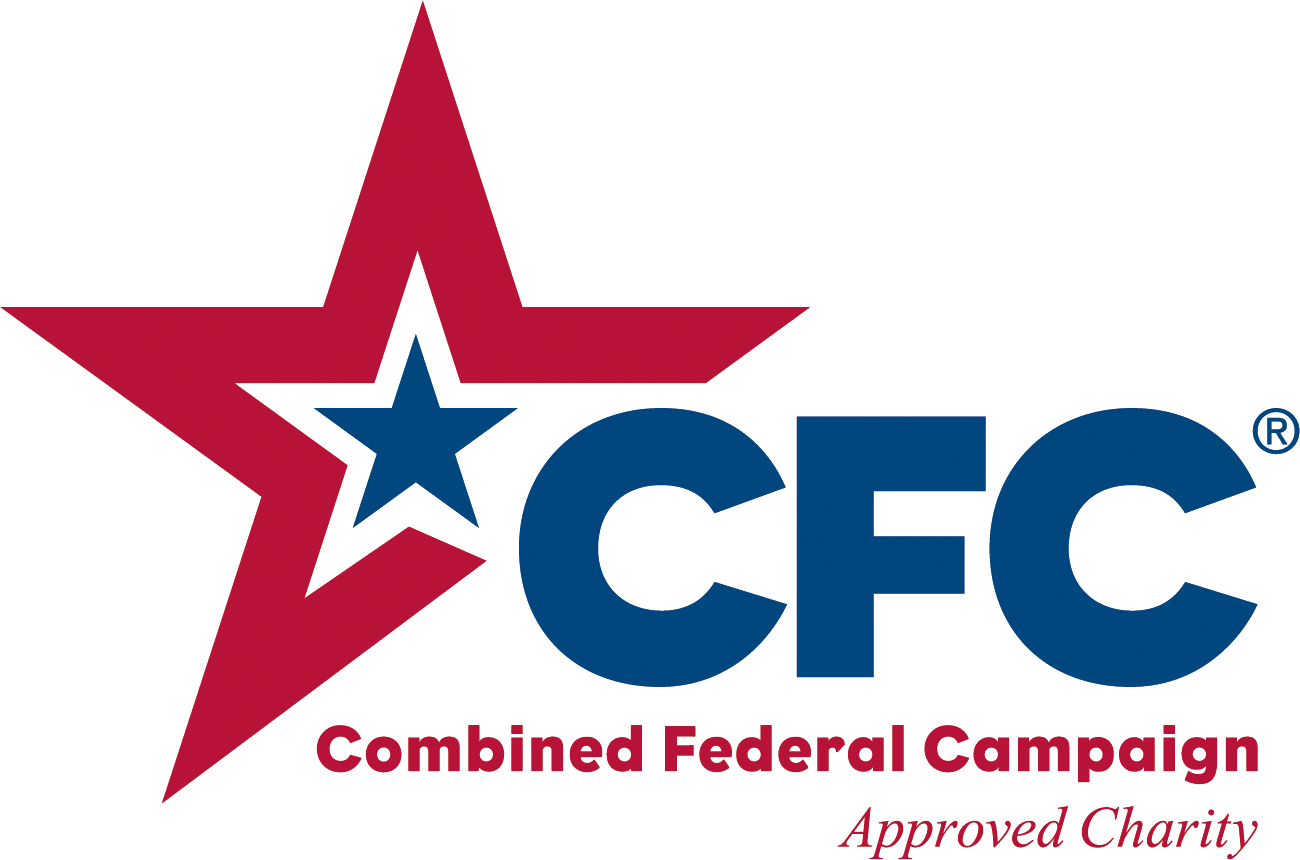 Please use our Campaign #10657 to make your contribution.